Charles and Ray Eames: The iconic couple of 20th-century design

History and legacy of the legendary partners in life and work 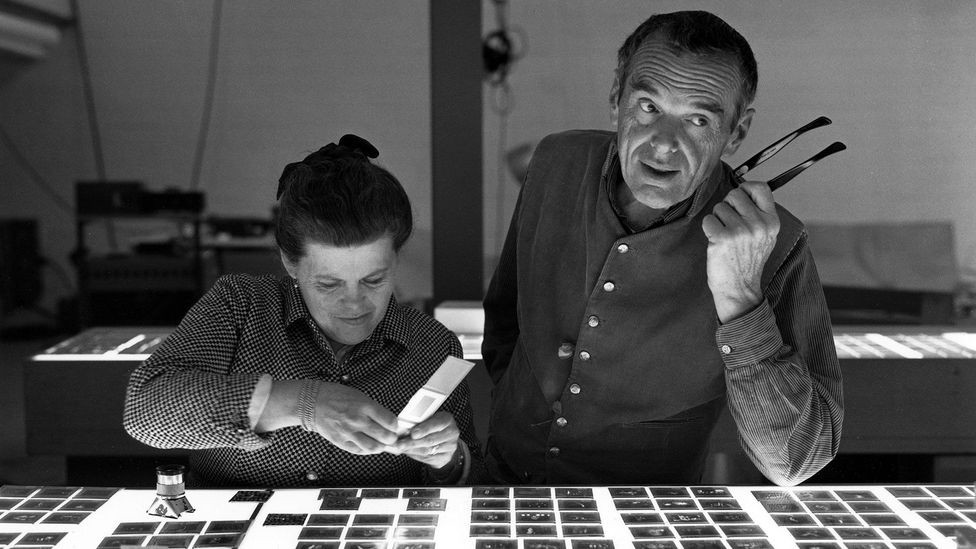 Take a look at the chair pictured in the image below—it’s likely you recognize it as one of the most iconic architectural objects of our time. It was simply one of many inventions Ray and Charles Eames created as artistic partners over the course of three decades. The two thought of work as play, approaching projects with a childlike lens and an endearing partnership.

The couple’s legacy today is defined by how the two illustrated how design could improve and beautify the lives of those who indulged their work. Their collaborative studio “Eames Office Studio” helped pave an incredible legacy for modernism and its influence on 20th century architecture, industrial design, and art.

“We don’t do ‘art’ — we solve problems. How do we get from where we are to where we want to be?” — Charles Eames

Charles and Ray Eames met in 1940 at the Cranbrook Art Academy; there, they both had the opportunity to work on an initiative organized by the Museum of Modern Art. Charles came from an architecture background, teaching at the academy’s Industrial Design Department and working in Eliel Saarinen’s office. Ray came from abstract painting, studying under expressionist Hans Hofmann in the 1930s. Their union formed a pairing where their strengths were magnified—Charles’ knowledge of form and structure complemented Ray’s insights into color and fluidity.

Together on the same team, they ultimately won first place for their collaborative efforts of a wooden side chair. Their success was in part due to their use of an innovative technique that molded plywood differently than had been used in furniture design before. Not long after, they got married and moved to Los Angeles together to start a business where their combined talent would unknowingly leave a marked imprint on the world of design and art.

John Entenza, editor-in-chief of Arts & Architecture magazine and friend of the Eames’s, devised an ambitious initiative post-World War II—leading to the couple’s most notable architectural project. Assuming veterans would be in the market for homes after returning, Entenza launched the “Case Study Houses (CSH)” project to highlight houses being constructed in new ways uniting cost and comfort. The underlying objective of this venture was to help generate a myriad of content for the magazine.

Following the idea, Arts & Architecture bought land in Los Angeles and commissioned local architects to design and build model homes. Each house was featured in the magazine and, after they were built, they were opened to visitors to be sold. Charles designed CSH#8, later known as the Eames home, which the coupled lived in with Charles’s child from his first marriage. Today, the house is known as a landmark of mid​-20th century modern architecture located in the Pacific Palisades.

Additionally, in 1943, the Eameses shared a garage space with the Evans company—a producer of large molded-plywood objects. Here, the two built their first mass-produced furniture from 1946–1949 until Herman Miller ultimately obtained exclusive rights.

The plywood chairs that Evans and then Herman Miller have been producing since 1946 — the DCM (Dining Chair Metal), LCM (Lounge Chair Metal), DCW and LCW (with plywood bases) — are masterpieces of ergonomic design and have been quoted as the “most comfortable chairs in history.” By the later half of the 20th century, these objects were in use in almost every office and government building (ranging from US corporate headquarters to Soviet children’s summer camps).

The Eames office also famously created the one-piece molded fiberglass-plastic shell chair which was more molded with greater freedom than plywood. In the late 1940s, Charles Eames designed two types of shell chair with different types of legs and a special form that allowed chairs to be stacked. In the 1950s and 1960s, these chairs also inspired designers around the world and are still seen heavily in use in the modern era.

The last piece of Eames plywood furniture came in 1956. This was lounge chair №670, resembling an insect’s exoskeleton and made of five flexibly-jointed plywood plates.

After Charles’ sudden death in 1978, their office was closed and Ray dedicated all of her time to organizing and archiving their lifetime body of work. Coincidentally, Ray passed away on the same day as Charles exactly ten years later, but their work and philosophies in design live on to this day.

"The most important thing is that you love what you are doing, and the second that you are not afraid of where your next idea will lead."—Charles Eames