The lives, work, and legacy of these creatives who dabbled in transcendental expression 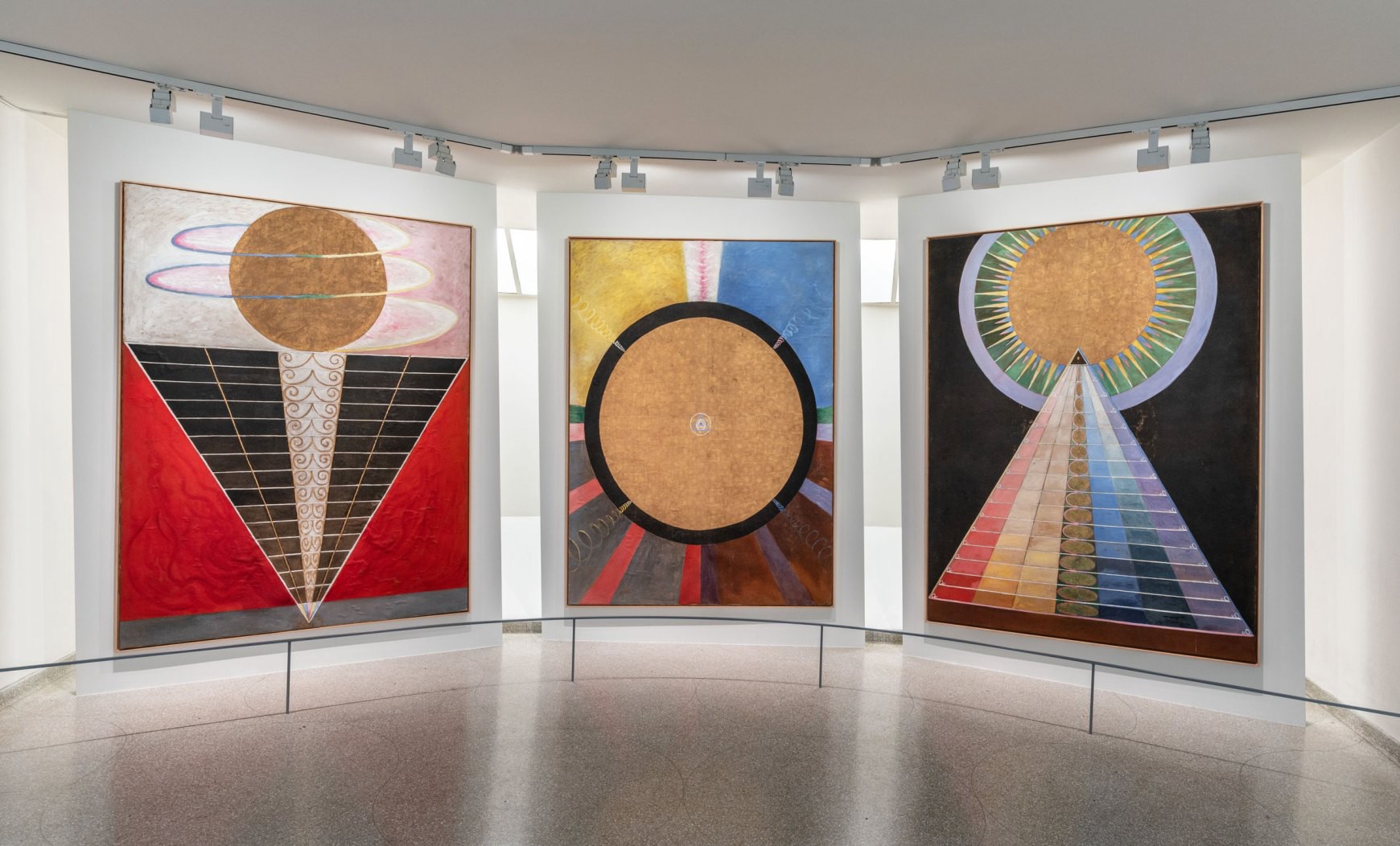 Deemed the first modern artist of the Western World, Hilma af Klint was a Swedish creative who credited her creative abilities to a divine, spiritual authority. Her abstract paintings in the 20th century reflected bold, imaginative aesthetics—carrying an essence the world had yet seen before.

Because of this nature, she kept her work incredibly private and only permitted their release twenty years following her passing: a collection totaling 1,200 paintings, 100 texts, and 26,000 pages of notes. Only over the subsequent three decades post-1986 have her paintings and works begun to receive serious attention for their distinctive qualities.

During her time at the Academy of Fine Arts from 1882 to 1887, af Klint studied drawing as well as portrait and landscape painting. There, she met colleagues who’d ultimately become founding members of a spiritualist group she’d help form called “The Five.” Meeting regularly over the next few years, their gatherings consisted of prayer, meditation, sermon analyses, and séances during which they made contact with spirits.

af Klint’s first major group of work, The Paintings for the Temple (1905-15), were generated as part of a mission relayed to her through the divine. 111 paintings resulted—made on every fifth day of the year—to articulate transcendental views of reality through geometric forms in composition and scales in color.

In 1986, her work was showcased in public for the first time at the Los Angeles show “The Spiritual in Art.” Her paintings didn’t rocket into international popularity until 2013 when they were shown at Stockholm’s Moderna Museet’s “Pioneer of Abstraction,” becoming the most popular exhibition the museum had ever held.

af Klint became a conduit-turned-scholar of the work she produced—creating a symbolic lexicon with compelling concepts: spirals (evolution), U (the spiritual world), W (matter) and overlapping discs (unity). Yellow hues and roses in her paintings represented masculinity while blue colors and lilacs signified femininity.

A major exhibition of her work in the United States was hosted at The Guggenheim Museum in “Hilma af Klint: Paintings for the Future (2019).” It’s been hailed as one of the most globally important exhibitions of the decade shedding light on af Klint’s journey and newfound place in art history.

Yayoi Kusama is a Japanese contemporary artist labeled by Time Magazine as one of the world’s most influential people. Her work has been seen by over 5,000,000 museum visitors in the last five years alone and been showcased in dozens of exhibitions worldwide.

Leveraging the use of dots and mirrors in her paintings and installations, Kusama is known for transporting audiences into infinite realities that transcend space. She cites this repetitive concept as a way for her melt into, and become part of, the bigger universe.

“Our earth is only one polka dot among a million stars in the cosmos. When we obliterate nature and our bodies with polka dots, we become part of the unity of our environment.”

When Kusama was young, she experienced hallucinations: flowers from the tablecloth that would chase her upstairs, sudden surges of radiance in the sky, pumpkins that would talk back to her, etc. Whenever moments like that occurred in her childhood, she would draw what she saw in her sketchbook to help ease the shock of the episodes.

While living in New York from 1958 to 1973, she experimented with self-titled “infinity net” paintings. These projects consisted of tiny marks obsessively repeated across a large canvas — exploring hypnotic sensations for both the viewer and the artist. During this time, Kusama was also in art circles with figures as Andy Warhol, Claes Oldenburg, and Lucas Samaras who ultimately drew inspiration from her style.

Her breakthrough came when she transformed the intense repetition of her earlier paintings and works on paper into an immersive, perceptual experience. This was accomplished by her use of mirrors found in her installation Infinity Mirror Room — Phalli’s Field (1965), which created a kaleidoscopic environment.

Since then, she has recreated more than twenty distinct “Infinity Rooms” over the course of her 65-year career at various sites around the world.

Kusama’s art is iconic in that it plays with space to fully envelop the viewer. Up until Kusama, there were artists from the Renaissance on who were involved in perspective and infinity, but their illusions were limited by its frame.

In 2006, she received the Japan Art Association’s Praemium Imperiale prize for painting. She was also showcased in a major retrospective at the Whitney Museum of American Art in New York City in 2012, and broke record numbers for audiences at the Hirshhorn Museum and Sculpture Garden in Washington, D.C., in 2017.