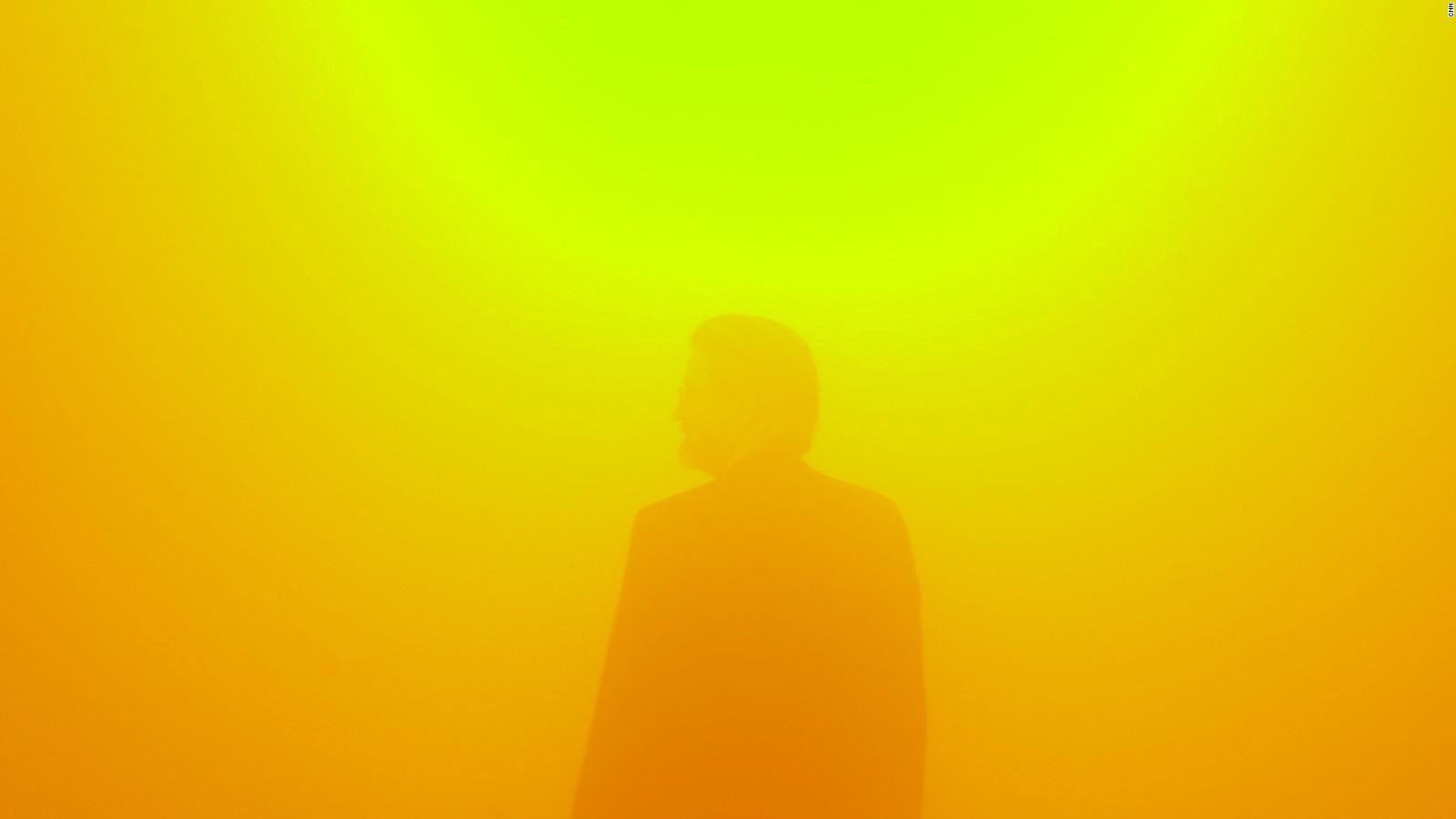 As creatives, it’s undeniable that we propagate ourselves into our work. Our backgrounds, experiences, and beliefs help shape our decisions regarding the projects we take on and the messages we amplify. There’s no doubt that with the presence of an audience comes great responsibility — especially in leveraging mediums to stir conversations we find important.

In the case of Olafur Eliasson, a Danish-Icelandic artist known for his installation pieces, art is seen as a platform to share ideas and inspire change. His creations, centered around a theme of transience and elemental materials, motivate viewers to focus on the imminent future — one dependent on the actions and choices we make today.

Olafur Eliasson’s The Weather Project is arguably the most iconic installation built for the Turbine Hall in London. Over the course of six months in 2003, this hazy mirage attracted over 2 million visitors — labeling it as one of the most visited contemporary art pieces in history.

With its vivid imagery, this project influenced collective awe and commotion for its powerful imprint on both the eyes and mind. By mimicking the realistic appearance of a sun and sky with illusory elements, Eliasson created a new world inside of the Tate Modern to remind viewers we only have one.

“An exhibition has a texture, an atmosphere. It’s like a small weather system: you enter it, are enveloped, live through the questions that particular atmosphere asks, and leave it again — retaining, I hope, some trace or feeling of what you passed through. I treasure the fact that you cannot quantify atmosphere — I feel more at ease in the non-quantifiable.”

Six years since its inception, the evidence is still present in how the exhibition left heavy imprints in the thoughts of many. In a recent tweet and Instagram post commemorating the piece, many former visitors recount their memories with the installation, labeling their experiences as one of their favorite and most mesmerizing interactions with art of all-time.

“I remember being lucky enough to see this growing up; it always stayed with me.”

Ultimately, The Weather Project was successful in that it drove cultural change through the emotional shared experiences of its audiences. By contextualizing the beauty and nature of our planet in a more tangible form, Eliasson compelled audiences to ponder on their power in preserving it. It reminded viewers that “we are the weather” and prompted people to think about what our responsibilities are in protecting it together.

In one of Olafur Eliasson’s latest projects titled Ice Watch, he employed emotional storytelling to stress the imminent trepidations of the global environmental crisis.

In its first debut, twelve blocks of ice — weighing a collective 100 tons — were transported from a fjord in Greenland to Copenhagen’s City Square. They were deliberately transposed in the formation of a clock, acting as a metaphor to the anticipated countdown humanity faces as temperatures and sea levels continue to rise.

Eliasson, being strategic, showcased the icebergs the same day the United Nations released their 5th Assessment Report on the climate change crisis.

City dwellers in Copenhagen were allowed to and encouraged to interact with the melting ice blocks, grasping the reality of their temporary forms afflicted by heat and time. Eliasson said the piece allowed the ability to “reach people in a way that reports, graphs, and data could not.”

“…This is an important step towards motivating people not just to know something but also to respond to it, to feel the urgency of it and to take action.”

The artist encouraged viewers to reflect upon their understanding and perception of the physical world that surrounded them. This moment of consciousness, when the viewer pauses to consider what they are experiencing, has been described by Eliasson as “seeing yourself sensing.”

Ice Watch has now become an ongoing project, having already been installed a second time at the Place du Panthéon, Paris in 2015 during the United Nation’s Climate Conference, and in 2018–2019 outside Bloomberg’s European headquarters and in front of Tate Modern.

In 1998, Eliasson embedded his art into urban surroundings — devising a guerilla-style project by dying rivers green in cities such as Bremen, Stockholm, Los Angeles, and Tokyo with harmless pigments. The color change in each area was unannounced and spontaneous, driving strong responses from locals and media.

Eliasson’s intentions with this experiment was to draw viewers unwittingly into a new relationship with their urban surroundings. He wanted to bring a new perspective on cities — one battling the grandiose idea of innovation inflicting no consequences on outside environments.

“…What the green dye did, in my view, was it made people aware of their everyday surroundings in a new way... We tend to see cities and spaces as static images, but in fact they are changing all the time. Sometimes it takes a radical shift to make us aware of this fact.”

Public involvement, central to the piece, was itself dynamic and unfolded differently with each installation. Contrary to experiencing art in a prescribed setting like a museum or gallery, The Green River pushed viewers to experience it in a unique context — in their own cities.

Through this disruption of normalcy within a familiar environment, Eliasson was able to raise awareness in spectator engagement. It drove a greater urgency to protect the spaces individuals called home, and to question the actions we take in everyday in how we are impacting our own surroundings.

In his various endeavors, Olafur Eliasson has crafted reminders of how powerful art can be in relaying paramount messages to greater audiences. It’s a tool we use to communicate and drive emotional experiences within ourselves and to others, shedding light on topics we know need to be shared.

In his pieces, Eliasson allows audiences to more tangibly grasp the issue of climate change through powerful, striking experiences — leaving viewers to think more deeply about how humanity is impacting our planet.