Traveling in Tokyo as a creative problem solver

Examples of thoughtful applications of design in Japan 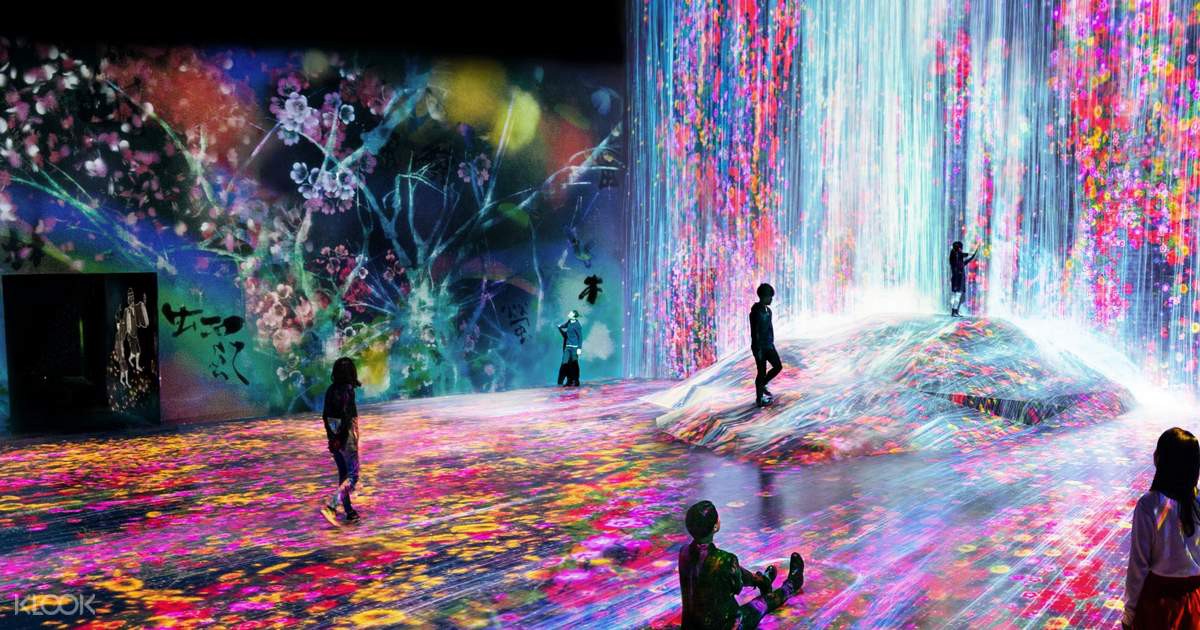 There’s no questioning that Japan has become a major travel destination in recent years. My favorite photographers revisit annually, notable designers place the country on a pedestal for inspiration (hello Ian Spalter on Season 2 of Abstract), and, at this point, I’ve been recommended to visit more times than I can count on my two hands by friends.

So, when I was embarking on a trip last January to Tokyo, I had my fingers crossed — hoping this city would match the lofty expectations others carved for it. Needless to say, after two weeks of calling Japan a home away from home, I finally understood the grandeur of this beautiful metropolis.

Like well-designed products, Japan was built from carefully-made decisions, making it a gem to truly experience.

I’m known in my friend groups as the “museum enthusiast;” spending time in art galleries is my definition of a perfect weekend afternoon. Thus, teamLab Borderless was a must-see on my list, having been saved as one of my bucket list destinations for years. With the number of times my jaw dropped in every new corner of the exhibition, I can ultimately state it was an experience that unified art and technology like no other.

As soon as you enter, you’re welcomed into to a dark room where flowery projections dance in waves to greet you. To alleviate the saturation of crowds, visitors disperse into multiple channels where they can find varying rooms that explore different artistic themes. The maze-like structure of the museum made it interesting to explore and peaked high curiosity since you never knew what to expect from the next space.

The artworks moved freely into other rooms, communicated with other artwork, and influenced or intermingled with one another. Most interestingly, they interacted with my silhouette and movements as an individual — making it truly immersive. Never had a museum really made my presence part of the experience itself or had such a large photogenic quality. Uniquely, the museum prioritized the exchange between the art and individual, aside from placing attention solely on the artistic works themselves.

Japan tops my list for having the cleanest and most punctual trains I’ve been on while traveling. Those two factors alone would be enough to give them major props, but the attentiveness to deeper issues really makes the metro and subway systems top-of-class. For example, to solve the issue of groping while commuting, there are women-only carts active during peak hours. In the first year it was implemented, incidents decreased by a third.

Additionally, lockers are located at every major station, carrying things as large as luggage pieces for tourists or out-of-town passengers. Even exiting stations is quick and hassle-free in large crowds since rides are pre-paid with a tap-to-go card.

If you don’t like Japanese food, we can’t be friends. Every meal I had in Tokyo was amazing, but so was the entire experience involved with the meal itself.

With ramen, it was an ordering experience like no other. Typically, there is a vending machine located either outside or at the entrance of the restaurant. There, you enter a sufficient amount of coins to pay for the selection you want to make: type of ramen, broth, toppings, and drinks such as beer or soda. Once you finish, a receipt is printed for you to hand to the chef. This ticketing system creates a streamlined process that gets food to the table quicker. Not to mention, it was fun to order outside the normal procedure of telling a waiter what dish you wanted.

While the idea of conveyor belt sushi was one I wasn’t new to, the experience in Tokyo was one that was definitely unique. For starters, there was typically a hot tea station for you to enjoy before even eating your sushi. By grabbing an empty cup tucked away in front of you and an adjacent tea powder dispenser, you can easily pair your food with a warm, comforting drink.

Each dish had a monetary amount tied to the color of the plate and you could order any specific sushi you wanted on the menu by letting the chef in front of you know. You’d be surprised how successful smiling and pointing is in situations of language barriers. After ending my meal with a stack of empty plates at eye-level, I’d walk to the register where I exchanged money with a friendly worker.

In Japan, there exists a vending machine per twenty-three people according to TimeOut. Noticing them frequently was a memorable aspect of my time there, saving me in times of thirst or forgotten water bottles. Not only do they sell commonplace soft drinks, but there are vending machines for almost anything: hot coffee, tea, natto, dashi, umbrellas, popcorn, burgers, pizza, bento, udon, sandwiches, and action figures. I’m sure my list is still missing twenty other items.

In fact, vending machines are so readily available and diverse that BuzzFeed Video recently made a video of someone surviving on vending machines for twenty-four hours. Spoiler alert: he ends the day with some pretty great strawberry ice cream.

With the highest proportion of elderly citizens out of any nation, Japan has an increasingly expanding aging problem. The scope of this issue will only continue to persist (or even increase) as sub-replacement fertility rates and high life expectancy are expected to linger. To ease navigation around the city for older generations, Tokyo has introduced non-intrusive, helpful solutions.

Specifically for those that are visually impaired or blind, tactile paving on the sidewalks help guide individuals to their destinations. Raised yellow lines run parallel to the street and dotted portions signal the need for a turn or stop. This paving continues even into the metro system stations, continually leading people on their journeys. For most intersections, there are also audible signals at traffic lights to indicate safe timeframes to cross. The sounds resemble chirping birds, increasingly tweeting in speed as the time to make it to the other side diminishes.

Japan also accommodates those that have limited mobility and travel by wheelchair. At every subway and metro station, there are clear indicators to suggest the appropriate exits for those hoping to avoid staircases. I was clearly too fascinated with the stimuli of being in a new city to pay attention my first day. Thanks to the friendly Japanese man who helped me carry my suitcase up before I discovered this fact when I first arrived. Angels do exist. For the rest of my trip, it came in very helpful for little-old-me traveling with luggage that weighed half as much as herself. It allowed me to empathize with those who struggle with restricted movement and understand how important widespread access to lifts was.

Tokyo alone beams with great design ingrained in its culture; it’s hard denying the thoughtful decisions behind all of the allure. As a product designer, I’m genuinely blown away by how the country crafts amazing user experiences in every aspect. It’s elevated the bar for me in terms of expecting how cities should and strive to be. As the quote says, “it’s all in the details.”

Has it earned a top travel destination title in my book? Without a doubt. I had an amazing time in Japan — so much so that I’d love to be given the chance to come back again soon. The tables have officially turned; I’m recommending you to go experience this wonderful city first-hand yourself.